Alternative Pathways is an in-community reentry and recidivism reduction initiative aimed at those susceptible to radicalization in-prison or those convicted of terrorism-related offenses that will bridge pre-release engagements to post-release in-community support.

It provides both state and local probation and parole authorities and communities with access to a robust national community-led program and curriculum and protocol for release preparation that provides pre- and post-release resources and support to individuals with a conviction for a targeted violence or terrorism related offense, or to those who become at-risk for terrorism and targeted violence while in correctional facilities. 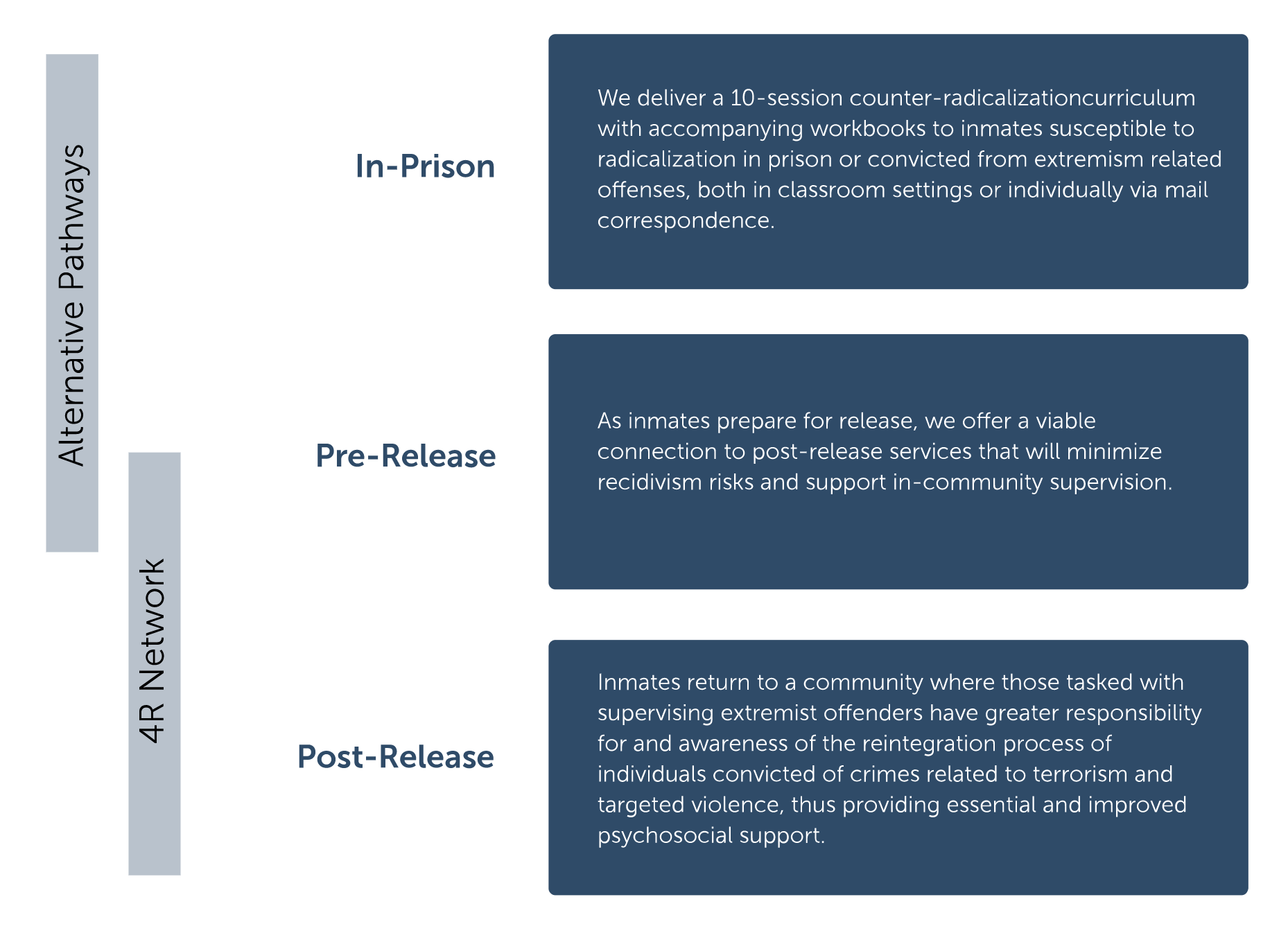 The Alternative Pathways Course and Workbook

In Need of Support? Contact Us. We Can Help.